Originally from Montréal, soprano Sharon Azrieli has enjoyed international success at world-famous venues including Carnegie Hall, the Metropolitan Opera, the Opéra Bastille de Paris, and with leading organizations such as the Canadian Opera Company, Orchestre Symphonique de Montréal, and the New Israel Opera, among others.

In 2019, she was awarded the National Order of Quebec (Chevalière du Québec) for her remarkable achievements as a performer.

Known for her versatility as a singer, Sharon has released several albums, including her latest with Tamir Hendelman – Secret Places: A Tribute to Michel LeGrand – which she toured North America with including stops at Hermann’s Club (Victoria, BC), Frankie’s Jazz Club (Vancouver, BC), Yardbird Suite (Edmonton, AB), The Royal Room (Seattle, WA), Piedmont Piano Company (Oakland, CA), and Catalina Jazz Club (Los Angeles, CA). Blogcritics praised her previous album, Frankly Sharon with Tony Award-winning composer Frank Wildhorn, saying, “Azrieli’s softly impassioned phrasing is exquisite… She has, always, a naturalistic freshness in her voice, which makes it easy – or sound easy – for her to shunt aside opera’s tendency to call forth the mannered and the over-the-top, and sing with balance and grace.” Translations for the album were done in French, Italian, and Hebrew by Sharon herself. Other recordings include Sharon Azrieli Sings Broadway (with arranger Marvin Laird), The Gift of Joy, Rare French Arias of the 19th Century, and Fiddler on the Roof (in Yiddish).

Upcoming recording projects include original songs and jazz standards with the virtuosic pianist & composer Matt Herskowitz, a disc of lullabies, an unusual collection of Canadian Broadway Broadway numbers by Canadian Composers, as well as an album about Jewish Divas of the 19th century which is in the works with renowned conductor Steven Mercurio.

The upcoming season includes performances in Greece and a South American tour with violinist Alexandre da Costa, plus the world premiere of Aharon Harlap’s 2022 Azrieli Music Prize-winning piece with Orchestre Métropolitain. Sharon performed the role of Sister Dolcina in Puccini’s Suor Angelica at the Metropolitan Opera in 2018, was a headliner in a live televised concert at Toronto’s Zoomer Hall for Classical FM, and performed the roles of Marcellina in Le Nozze di Figaro (National Arts Centre) under the baton of Alexander Shelley and Liu in Turandot (Teatro Greco Siracusa) with the late tenor Marcello Giordani in 2019. Of her Laurette in Le Docteur Miracle with L’Opéra Français de New York, Andrew Porter of The New Yorker hailed her as a “mistress of merry inflections, piquant phrasing and pointed words.”

Sharon sang the title song of the Canadian film Stand! and her vocals were also featured in the Hollywood film Stage Mother, starring Lucy Liu, and the film Shepherd: The Story of a Jewish Dog, directed by Lynn Roth. Upcoming films to include her debut acting performances are SHTTL, a drama about a Yiddish village at the border of Poland during WWII, and Irena’s Vow. 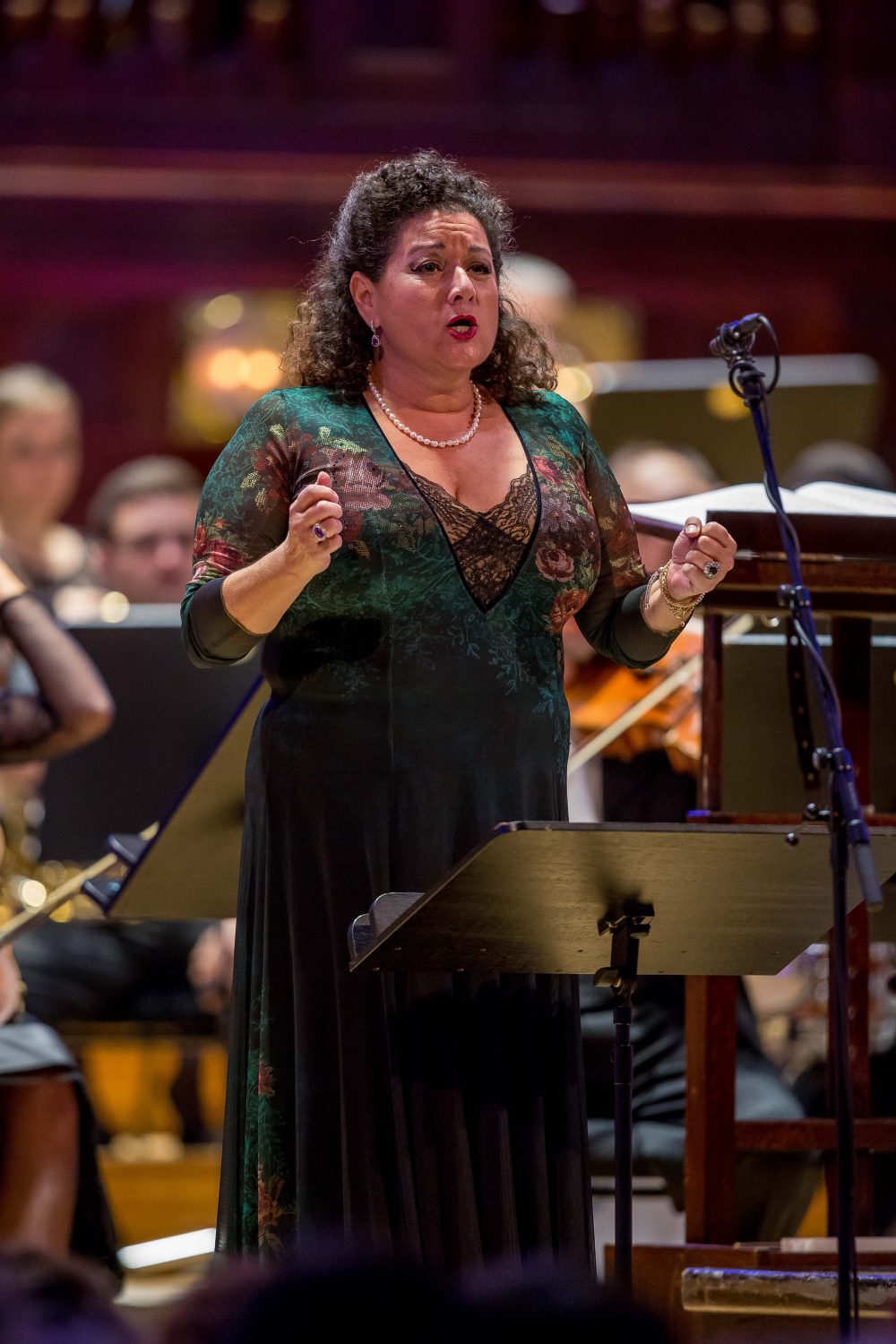 Having heard her in Mozart last September, I found that the shift into romantic high gear becomes Azrieli. Her engagingly clear and vibrant voice matched the sentiments -and sentimentality- of the Tchaikovsky songs. Azrieli sang in Russian and rendered the songs with a vocal exuberance.